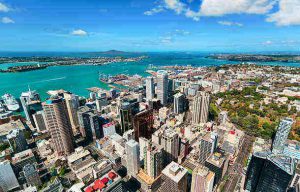 “The revised proposal now offers a confusing tiered rates system by location within Auckland or by accommodation type,” says Rachael Shadbolt, GM Accommodation for Hospitality New Zealand.  “Hotels and motels remain in the revised proposal while backpackers and campgrounds are now likely to be exempt.  It’s all very confusing and done with no consultation with the commercial accommodation sector, which is really disappointing.”

The impost on motels is now dependent on where they fall within the proposed zones (A, B or C). Zone A motels are still faced with paying a targeted rate of 40% of what was proposed in the original proposal.  Zone B motels will pay 20% of the previous targeted rate amount. Properties that fall in Zone C (Rodney, Franklin and Great Barrier) would be exempt.

This means that a motel in Whangaparaoa (Zone B) with a capital value of $1.8 million is still facing a rates increase of over $5,000 – a significant increase to their existing rates bill of over $13,000 per annum.

An inner-city motel (Zone A) with a capital value of $3.6 million will still have a targeted rates bill of over $20,082 which would be additional to the rates they already pay of almost $24,000 per annum.

“While these are decreases from the targeted rate originally proposed, these are still significant increases in costs for moteliers, costs they simply cannot afford,” she said.

“Hospitality New Zealand has always questioned the validity of the targeted rate proposal and these confusing revisions do not allay these concerns. We do not believe either of the proposals meet the core criteria required under the Local Government Act 2002 or the Council’s own Revenue and Financing Policy – that of affordability for the people required to pay it, connection with those paying and those benefiting, and the administrative practicality of collecting the rate.”

“This revised proposal is proof that what the Council thought was simply a quick easy fix to fund ATEED is actually a much more complex discussion.  This revision hasn’t got them any closer to a fair or equitable outcome – if anything they have gone the other way.”

“The introduction of a targeted rate of such significance and with such potentially negative financial impact on those paying it should not be part of this Annual Plan discussion.  It should be withdrawn entirely and a full discussion based on research, proper industry engagement and a full review of ATEED’s current structure and spending undertaken before any further funding proposals are tabled.”