After successfully launching in the New Zealand consumer market, Marou is now reaching out to foodservice with its couverture chocolate range for professionals. 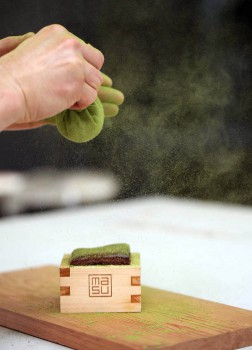 Marou is grown ethically, sustainably and responsibly in several regions of Vietnam. All products are dairy-free, gluten-free and soy-free.

Leading chefs the world over consider Marou one of the finest chocolate brands in the world, according to Marou New Zealand agent Estute+.

Michelin star chef Michel Roux incorporates Marou into his menus as does the award winning MASU Japanese Robata Restaurant and Bar in Auckland.

MASU head chef, Darren Johnson says he and his team were converted when they first sampled the chocolate.

“During my career travelling the globe and being exposed to many different foods and cuisine, it was rare to come across such a find as Marou chocolate. It has a pure clean finish with full flavour that doesn’t confuse the palate. I for one would not use anything but Marou chocolate for any of the desserts at MASU.”

Café Hanoi in Auckland, The George in Christchurch and Charley Noble in Wellington are also on the growing list of Marou supporters in New Zealand.

There are five variants of the single origin chocolate available to foodservice, each with its own distinct flavour notes and all are available in 1kg and 2kg blocks. The variants available are:

There is also one blended product available, the Vietnam Couverture. This has 65 per cent cacao content. It is a chocolate for pastry chefs, made from a blend of selected Mekong Delta and Ba Ria cacao beans.

The brand also has numerous international accolades to its name, the most recent being three citations at the Academy of Chocolate in London, recognised as one of the leading awards in the world of fine chocolate making.

“We’re thrilled by the fantastic feedback from chefs who try Marou. Their appreciation for the product is very gratifying. Watching what they create with Marou to delight their café and restaurant diners is truly fascinating.”

Estute+ is a strategic marketing consultancy that specialises in helping food companies to bring their products to market. It holds the exclusive distribution rights for Marou in New Zealand.