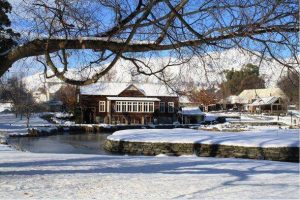 New research reveals Kiwis’ love for domestic travel, but also a disconnect between wanting and actioning a short break – we’re all ‘too busy being busy’.

81 per cent would like to take more short breaks but are just ‘too busy’.

The average Kiwi took only two short breaks in 2016.

Just over fifty percent of short breaks (57 per cent) are taken with a partner or spouse.

New research commissioned by Choice Hotels Asia-Pac, one of New Zealand’s largest hotel franchise groups, reveals over two thirds of Kiwis are currently feeling some level of stress and are longing for more short breaks. Report respondents also acknowledged that they are aware of the ample benefits associated with small, easy-to-plan getaways…so what’s stopping them from achieving this?

“Work, family and everyday commitments, mostly,” says Choice Hotels Asia-Pac CEO, Trent Fraser. “We know 81 per cent of Kiwis want to take more breaks, but, like most of us, say they’re just too busy.”

The ‘Need A Break’ Report, which has helped to shape Choice Hotels’ new online platform, NeedaBreak.com, also backs up what many know to be true about the benefits of short breaks.

“Short breaks (1-3 nights) are easier to plan than longer holidays, they restore a sense of balance in our lives and we feel revitalised upon our return,” said Mr Fraser. “A third of respondents surveyed also said they felt a closer connection to their families after taking a short break, which is an incredible reward for minimal effort.”

The research findings, which looked at both Kiwis’ and Aussies’ short break habits, reveals both nations claim the ideal number of short breaks is four per year. Worth noting, however, is that a much higher proportion of Kiwis would like to take six or more short breaks per year – a far more ambitious goal than their Aussie counterparts.

“These findings really drill home the reality that Kiwis have a huge passion for exploring their own backyard, which represents huge opportunities for domestic tourism,” said Mr Fraser. “The fact Kiwis are willing to drive more than five hours to get to a destination also shows that distance is no barrier for taking a break.”