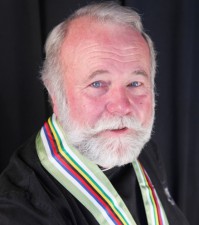 Murray Dick says, “I am very pleased to have been appointed to this role and look forward to working with the country presidents and their respective executives in our region to work towards making a difference, to grow and develop the Pacific Rim and give our region a voice on the world stage.”

According to Murray, the Pacific Rim is a special melting pot of cuisine styles and because the Pacific area is so vast, the Pacific Rim will always be a logistical challenge to meet the needs of all the participating islands and countries.

“There has been some good work undertaken by the past Continental Director, Glenn Austin and it makes sense to follow on a similar pathway to encourage each of the member countries to further grow their association and to try and lobby their respective governments for recognition and support.

“Our Pacific Rim region relies on Tourism as one of its major income resources, so the role that Hospitality plays to support the endeavours of tourism are a critical link to the operational support that WORLDCHEFS can bring. WORLDCHEFS have many programmes that can be adopted to enhance the relationship between the different countries, to encourage inter-country culinary competitions, student exchanges, train the trainer, lectures, demonstration chefs and much more.

WORLDCHEFS now has more than 100 countries that belong to the association with an estimated 10 to 12 million members worldwide.