The Ōra King Awards are back for a second season and with diners now getting their say in the voting process, the pressure’s going to be on for professional chefs.

While the ambassador awards are decided solely by Ōra King’s global team, chefs and members of the public can also contribute nominations for the best dish award by posting an image of the dish on Twitter, Facebook, Instagram and Pinterest using the hashtag #orakingawards.

Anyone who uses the hashtag goes in the draw to win a NZ$200 dining voucher at any restaurant serving Ōra King salmon. The nominations will then be collated with the two winners selected by the Ōra King team. 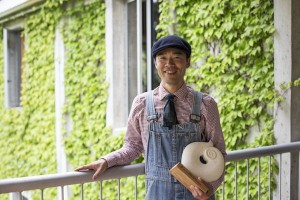 Makoto Tokuyama from Auckland’s Cocoro who took out the award for best NZ Ōra King Dish in 2013 was “very proud” to receive his Ōra.

The other winner in 2013 was Marco Akuzun from Top Air Restaurant in Stuttgart, Germany for Best International Dish. NZ King Salmon Foodservice Marketing GM Jemma McCowan says the Ōra King Awards were an outstanding success in their inaugural year.

“The Ōra’s are about celebrating the efforts of those who have contributed their expertise, creativity and passion to Ōra King during the past year. For the Best Dish awards, we are looking for that extra special something – whether it be an unusual technique or flavour combination, outstanding presentation, or a real crowd pleaser that has become a stand-out on a restaurant menu,” Ms McCowan says.