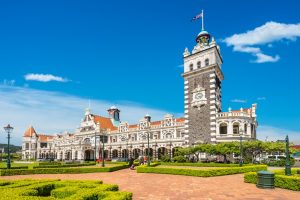 Spending through Paymark in Otago was up strongly within the bars, clubs and cafes around the time of the Lions’ game in Dunedin on Tuesday June 13.

Electronic payments through Hospitality merchants (excluding Accommodation) in Otago linked to the Paymark network amounted to $2.5 million between noon Monday and noon Wednesday. This was $860,000 higher than experienced on average during the same days and hours of the first four weeks of May. The percentage increase was 53% for these Otago non-accommodation hospitality merchants, noting that Otago includes both Dunedin and Queenstown.

Given that most of the increase occurred immediately before and after the Lions game, it is reasonable to infer that this extra spending can be attributed to the event and was most likely in Dunedin. The largest increase occurred between 5pm and 7pm on Tuesday, just before the game, and at 10pm to midnight, when spending amongst hospitality merchants was 2-6 times their May average for each hour. Payments between 3am and 4am on Wednesday were similar to that normally experienced between 11pm to midnight on Tuesday.

Elsewhere there was a mixed pattern of spending amongst Otago merchants on Tuesday, with not all changes necessarily due to the rugby event. Taxis saw over twice the normal business (i.e. through Paymark relative to the May average). Clothing and footwear merchants experienced 34% higher sales. Spending was up at auto repairs shops, rural supply companies, liquor stores and specialist food retailers. Spending was down amongst gyms, government bodies, banks, accountants/lawyers, supermarkets and hardware/appliance stores.

These figures do not reveal exactly what happened on the day but they do imply that there were a lot of extra people in town on Tuesday and that they did not come to go to the gym, pay their rates or see the lawyer – at least not at the office.