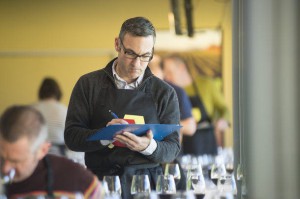 Within the Shiraz/Syrah class, New Zealand wines took more medals than ever before, with a record-breaking three Gold medals for wines from Hawke’s Bay. This included the Ngatarawa Stables Reserve Syrah 2013 which was voted by the judges as best overall in the Shiraz/Syrah category.

“The New World Wine Awards Shiraz/Syrah category medals are usually dominated by Australian wines, but we were pleasantly surprised to see some incredibly strong New Zealand entries come through this year,” said Jim Harre, Chair of the judging panel.

Of the 1,165 wines entered, the judging panel awarded 63 Gold, 160 Silver and 454 Bronze medals – 677 medals overall. Of these, three New Zealand wines took the top honours in the final ‘taste-off’ to determine the Champion Red, White and Sparkling Wines.

The Champion Red, Thistle Ridge Pinot Noir 2013, was one of eight New Zealand Pinot Noir wines that won gold medals, up from five last year. The judging panel was impressed by the quality of this wine, particularly given the price point.