Beer made with treated sewage… 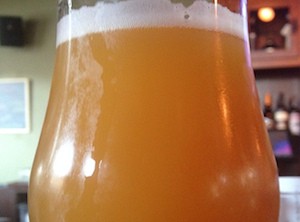 Alex Clere from the FoodBev.com website has reported on an innovative yet slightly disturbing new beer from America which is made with treated sewage. TheShout is unsure how such a beer would fare with Kiwi drinkers but a small brewery in Oregon thinks they may be onto a winner – both in terms of taste and environmentalism.

“A water treatment company in the US has asked the local authorities to approve a scheme that will see it make beer using treated sewage.

Clean Water Services, which uses an advanced sewage treatment process to transform waste into drinkable water, wants to donate recycled water to home brewing club Oregon Brew Crew. Oregon’s health authority has approved the plan, but the microbrewery is now waiting on the decision of the state’s environmental quality commission.

The Northwestern state will conduct a public consultation on the theme of “limited drinkable reuse of recycled water” later this month.

The company said that the process involves ultra-filtration, reverse osmosis and enhanced oxidation to filter the water, remove the chemicals contained within it and break down contaminants – but it has denied that the innovation is more about the beer than the reuse of water.

While Mr Jockers is correct about beer’s well documented facility to provoke conversations, it is less clear that most drinkers would want to talk too much about treated sewage in their beer, not matter how much reverse osmosis has occurred.