Once again, Beervana is shaping up to be the premier craft beer event in New Zealand, with a stellar line up of breweries and top eateries presenting craft beer-friendly food at this two day event, held in Wellington in August. More than 60 breweries from around the country, as well as some from the USA and Australia, will be showcasing more than 250 different craft beers and ciders during Beervana, held on 22 and 23 August at Westpac Stadium.  (see list below). 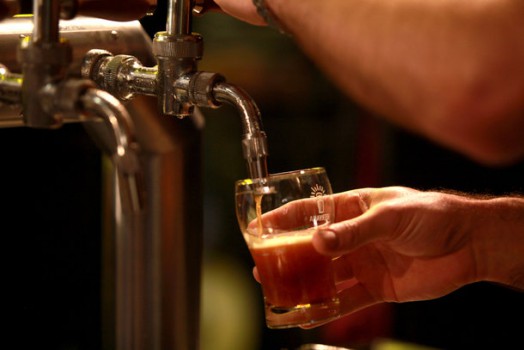 “It’s an exciting time to be part of the craft brewing industry in New Zealand, with Beervana showcasing some of the best in the country as well as profiling beers from some of the newer breweries to hit the scene,” says Beervana Director David Cryer.  “With the additional element of our “Beervana Exchange,” where three award winning brewers will be here from Portland, as well as other events within Beervana such as specialist beer seminars, home brew and media brew competitions and the launch of the New Zealand chapter of the Pink Boots Society, which supports women in the brewing industry, there will be something for everyone.”

To enjoy alongside the brews, Beervana’s Culinary Director Martin Bosley has again gathered some of Wellington’s top eateries.  “I’ve brought together some of Wellington’s best restaurants, ensuring that each provides a sensational variety of food, all different, yet all complementing or contrasting the craft beers available,” says Martin Bosley.  “As the quality of craft beers has improved, so has our understanding of just how important it is to match the food to them. Frankly, this year’s line-up shows just how much craft beer has been embraced by the capital’s restaurants.”

Tickets are available at www.ticketek.co.nz

Brew your own – by Speidel