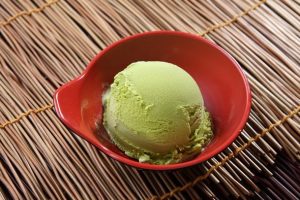 Waffle with bacon and bourbon ripple; blue cheese, pear, walnut and honeycomb; and rockmelon and prosciutto — are just a few of the innovative entries in the 21st Annual New Zealand Ice Cream Awards. It was the exquisitely crafted green tea and chai latte ice creams that took home the Supreme Awards in the end – for flavour, body, texture and appearance – on 26 May at the Awards held by the New Zealand Ice Cream Manufacturers’ Association in Auckland.

A panel of judges, including acclaimed chef Geoff Scott, assessed a record number of entries across 12 categories in early May. Two of these Best in Category winners were elevated to Supreme Awards to acknowledge the best ice cream from both large and boutique producers. 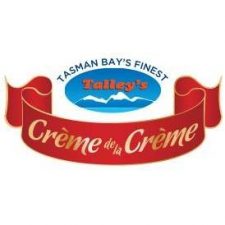 Talley’s Group Ltd took home the Supreme Award for Large Manufacturer with its Talley’s Export Green Tea Ice Cream, the best Standard Ice Cream. It stood out for having a good “creamy texture and green tea flavour with no astringency”.

The Supreme Award for a Boutique Manufacturer was awarded to Puhoi Valley Cafe, the winner of the competitive Premium Ice Cream category for their Chai Latte Ice Cream. This was the third straight year for Puhoi Valley Cafe, last year winning for its Roasted Coffee Affogato Ice Cream.

The Association received a record 340 entries from 31 companies and individuals this year, with the award winners representing an even spread across both large and boutique manufacturers. The biggest number of entries came from sorbet (60), premium ice cream (53) and gelato (44).

Newcomer to the Awards this year was the Non Dairy category to reflect the growing consumer interest in this market. Kohu Road Ltd took the top spot in Non Dairy for its Kohu Road Dairy-Free Strawberry product with a striking creamy texture and a well-balanced strawberry coconut flavour profile.

This year’s ‘Best of’ category was Coffee, with 33 entries from ice cream, gelato and sorbet manufacturers. The judges selected Matakana Roasted Affogato Yoghurt Ice Cream made by Puhoi Valley Café as the winner of this year’s Best of Coffee category.

Some thought-provoking combinations surfaced in the Open Creative category. These aren’t available in retail outlets. Rather these come from individuals, restaurants, hotels, and even research and development departments of manufacturers and suppliers. Judges were looking for creativity as well as a technically well-made product. This year’s winner, Puhoi Valley Cafe showcased their Puhoi Valley Lemon Cheesecake Ice Cream, exhibiting a good creamy texture and well-balanced lemon and cheesecake flavour profiles.

Rounding out the Best in Category winners:

A dozen students from Westmere School in Central Auckland were presented with 15 different ice creams. This discerning bunch rated the ice creams from “really yucky” to “really yummy” and in the end, it was the Candy Floss & Marshmallow Ice Cream that beat the competition.

This gelato’s flavour description of “freshly harvested Velluto blueberries combined with tangy yoghurt gelato” was precisely the flavour profile the judges were treated to.

Sorbet was the most competitive category with 60 entries, however, these joint winners both impressed the judges with their exquisite texture and true-to-type flavour profiles.

A previous winner in this category, this ice cream is consistent and classic.

This premium ice cream has been designed for export to Korea.

This category boasts two winners as both products impressed the judges displaying exceptional creaminess for a low-fat category.

This gelato beat 77 other entries in this year’s “Best New to Market” category, representing products launched into retail in the past 12 months.

The New Zealand Ice Cream Awards were judged during the first week of May at the Food Innovation Centre, at Auckland Airport. Chief Judge Michelle Sinclair, assisted by Kay McMath and a team of six judges took two full days to assess all entries across a dozen categories. Judges awarded up to 50 points for flavour, 40 points for body and texture, and 10 points for appearance. Entries with more than 95 points earned a Gold award, and entries with 90 to 95 points earned Silver.