A judging panel of food industry experts gathered at Auckland’s Food Bowl this week to taste their way through a mountain of delicious NZ-made ice cream entered in the hotly-contested annual NZ Ice Cream Awards. The awards have this year attracted 308 entries, reflecting the growth and diversification of the NZ ice cream manufacturing sector.

Hannah Wood, Founder and Chief Gelato Maker at boutique manufacturer Little Lato, says the NZ Ice Cream Awards celebrate the best-of-the-best and the competition is always fierce because of the overall high quality of NZ-made ice cream with locally sourced dairy and other ingredients.

“From the gelato stores with a rainbow of flavour options to an increasing array of premium brands and household favourites that are always stocked in supermarket freezers, there’s something for everyone when it comes to ice cream. It’s no wonder that Kiwis eat more ice cream per capita on average than just about anyone else in the world, having only recently overtaken the US,” says Hannah. 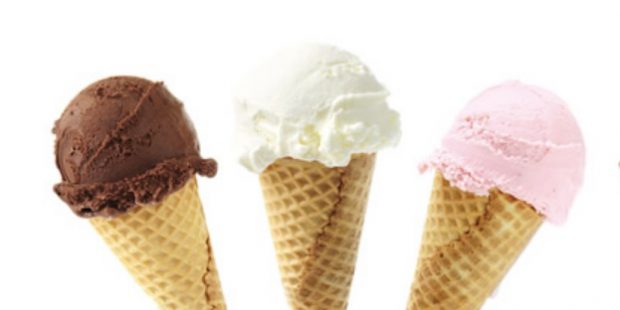 Reflecting this, there are 13 different categories that NZ ice cream makers can enter in the NZ Ice Cream Awards, ranging from the Standard Vanilla Ice Cream category to the Open Creative category, which was won last year by Deep South’s Chip & Dip Ice Cream.

“We’re expecting some equally interesting creations in the Open Creative category this year and, for an insight into ice cream trends, the “new to market” award is one to watch – it is judged across all the categories for a new product that has been released in the last 12 months,” says Hannah.

Six food industry experts make up the judging panel, which is headed by Kay McMath who has been Chief Judge of the NZ Ice Cream Awards for over 10 years. Over two days, they will taste 308 ice creams each using a blind-judging process and strict technical judging criteria. Ice creams are judged out of 100 on the key attributes of flavour (50 points), body and texture (40 points) and appearance (10 points).

Local children take the judging panel’s place as judges of the popular ‘Kids Choice’ category on Friday 11 October, using a kid-friendly version of the main judging criteria. This year the lucky guest judges are from local YMCA holiday programmes in Auckland.

The NZ Ice Cream Awards will be announced during NZ Ice Cream Week 11-17 November, an entire week dedicated to celebrating the quality of NZ-made ice cream and the role ice cream plays in our lives. It culminates in Ice Cream Sundae on Sunday 17 November, which is our national ice cream day.

Hannah Wood says NZ Ice Cream Week is a chance for everyone to get excited about ice cream with summer just around the corner, and to get behind local ice cream makers.

“Everyone has their own favourite ice cream, with different flavours and types tied to specific moments in our lives. But this week of celebration is a great opportunity for Kiwis to tuck in, try some new flavours and really appreciate what makes NZ ice cream so special.

“It’s also a great chance to show support for local ice cream makers, suppliers and communities across New Zealand who are involved in making our much-loved frozen treat,” says Hannah.