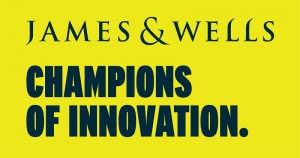 Peter Brown is the head of the James & Wells food and beverage innovation team and recently penned some thoughts on why food and beverage businesses need to make sure the nutrition and health claims on their products stack up, after new standards regulating these claims kicked in recently.

“The new rules couldn’t be more timely, with New Zealand’s food industry on a high. The health foods and health-giving foods sector is booming here and offshore, but with that comes a responsibility to assure consumers and our export partners of the high standard of New Zealand’s products.

All health claims must now be pre-approved and with acceptable nutritional profiles as outlined by Food Safety Australia and New Zealand (FSANZ). You yourself would be able to pinpoint times spent standing in a supermarket aisle reading statements such as ‘calcium for strong bones’ on the side of a bottle. Statements like this previously had poor regulatory framework in New Zealand, and were not necessarily backed by scientific research.

For a country that sells itself on reputation and quality, I see it as ironic then that we’ve been lagging behind on initiatives that regulate nutrition and health claims,  with Canada and Europe streets ahead. And while there has been a generous, three-year lead up to comply with the new standards, there are still plenty of products that will fall short because their claims don’t comply.

It’s tricky, because there is a difference between claims that are clearly just marketing, and those that consumers could take more seriously, with the potential of creating a health risk. For example, someone could take the ‘more must be better’ approach to mānuka honey and rather than sweetening their tea with it, consume a cup of the stuff a day and disturb a balanced diet.

To me the new standard seems fair. Going back to calcium, under the new standard it can be said that calcium is necessary for normal teeth and bone structure, or that it reduces risk of osteoporosis (assuming you meet the nutritional conditions), but you are not allowed to go so far as say calcium prevents osteoporosis.

A change like this should not cause panic, and businesses should be looking at it as an opportunity rather than a hurdle. The new standard offers a new option for F&B companies to identify, secure and maximise their competitive edge. Health claims allow a premium charge on a product, and as an asset this can contribute to alternative revenue streams such as licensing agreements and exit strategies.

It’s good news for exporters as the new regulations bring New Zealand in line with international standards. Continuing to build our reputation on the world stage for quality produce, rigorous health claims act as a point of difference in an otherwise crowded market.

I would think one of the key assets to put you head and shoulders above your competition would be a “self-substantiated” health claim.  Only your company gets to use it, and the scientific evidence submitted during the approval process remains confidential to your company. Certainly it’s a rigorous process, but often companies have already done much of the research and trials to ensure their product has a clear market differentiator.

It might seem like splitting hairs, but health claims are big business. The Kiwi companies that aren’t on board with the new standards are risking the reputation of their business. How credible would a product be perceived if it is found to be marketing misleading statements, and gets yanked off the shelves by the Ministry of Primary Industries? Surely no one wants to be the next Ribena…”