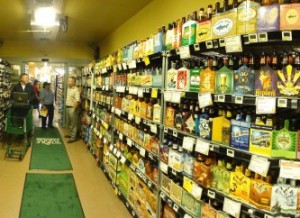 Writer Joshua Bernstein argues he is “on board with America abandoning middle-of-the-road beer and exploring flavourful new directions.  The highway, however, is getting mighty crowded.  Hundreds of different beers debut weekly, creating a scrum of session IPAs, spiced witbiers, and barrel-aged stouts scuffling for shelf space.  For consumers, the situation is doubly confusing.  How can you pick a pint on a 100-brew tap list?  Moreover, beer shops are chockablock with pale this and imperial that, each one boasting a different hop pun.  When buying beer, I can’t count how many times I’ve assisted overwhelmed shoppers, playing the benevolent Sherpa in the wilds of modern brewing.  In the ’90s, it was effortless to select a craft beer: It was the one that tasted different.  Today, quality is no longer the sole differentiator.”

Don’t miss out on being part of New Zealand’s premier trade event for the food service, hospitality, and food retail sectors. The show promises to serve up inspirational ideas, solutions, and world class features over[...]
View Calendar
Add