The Brewers’ Guild of New Zealand has serious concerns about the implications of single bottle beer bans as proposed by some regional Local Alcohol Policies, and believe the bottle ban would hit craft brewers. 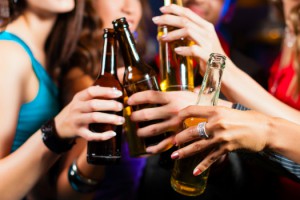 “Not only is this a blunt and crude way to try and deal with the issues, it will be to the detriment of consumer choice, sensible and moderate drinking habits, and a burgeoning entrepreneurial beer industry,” said Ralph Bungard, President of the Brewers’ Guild of New Zealand. “Many beers are only sold in single bottles, so this could have a severe impact for many brewers.”

“Banning single bottle beer sales has been suggested as a way to prevent young people accessing alcohol and to prevent drinking in alcohol ban areas, but imposing confusing, arbitrary definitions and unreasonable restrictions is not the way to tackle these issues. It is about retailer responsibility, personal (drinker) responsibility and proper enforcement of the laws”, Bungard said.

“The focus is completely round the wrong way. Rather than the regulators worrying about whether the beer has been purchased as a single bottle, or what type of beer it is, they should spend the energy enforcing retailer responsibility, alcohol ban areas and penalising the individuals who are in breach current alcohol laws. They have more powers to do this under the new Sale and Supply of Alcohol Act than ever before.

“It is also worth noting that beer is generally the lowest ABV beverage on the shelf. It is naïve to think youth drinking or drinking in alcohol ban areas, or even pre and side loading for that matter, will stop if particular types of alcohol are not sold in single bottles. These law changes are more likely to encourage people to buy alcohol in bigger pack formats. Think of the analogy where, to fight obesity, the law was changed so that it was illegal to buy one pie and instead you must buy two or more! If bars implemented a policy where they refused to sell single pints of beer and instead told customers that they could only purchase beer in lots of four pints there would be an outrage – understandably! These Local authorities are implementing poorly thought out laws that will have unintended negative consequences.”

The vast majority of people buying single bottles of beer were doing so to moderate their alcohol consumption or to experiment with new and exciting beer options. These law changes would target sensible, moderate drinking habits – the very habits that recent national law changes were aimed to encourage.