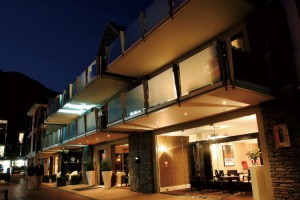 The Imperium Collection in Queenstown now includes Eichardt’s Private Hotel, the Private Residence and Lake Front Apartments as well as The Spire Hotel.

The company revealed earlier this year that it is also assessing sites to expand its TGI Friday’s restaurant business into New Zealand, of which there are currently ten in Australia with one under construction.

The acquisition comes at a time of major expansion for the Imperium Group, which has plans to open a luxury boutique hotel similar to the Eichardt’s experience in the tightly held Auckland waterfront area.

“In the North Island we are in discussions with Auckland developers to establish an equally premium and exclusive hotel property on the Auckland Waterfront – a location that is certainly calling out for high end, design-focussed lodging with an emphasis on personalised service,” says Cox.

The recent announcement by Skyline Enterprises of an intended $6 million retail and mixed use development at the existing Eichardt’s Private Hotel signals potential further opportunity for the Imperium Group to expand its hotel operations with the tourism leader.  It has been revealed a luxury penthouse apartment with extensive balconies is planned for the top floor of the development.

“It is exciting to see this level of invigoration and activity in New Zealand once again.   We are very confident in the New Zealand tourism market and our hotel interests both in Queenstown and Auckland are geared for a long term focus of attracting discerning visitors who demand a premium product,” says Cox.

The Imperium Group is a privately owned diversified investment group, established in 1996. It acquires small-to-medium size enterprises in the growth, mature or sunset phase of their economic lifecycle with a view to re-engineer the business for growth.