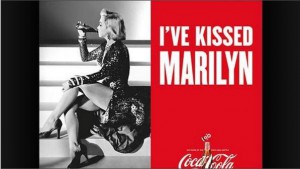 Coca-Cola is celebrating the 100th birthday of the iconic Contour bottle, a design that has cemented itself as a global pop culture icon and loved by millions around the world.

Despite countless attempts from imitators, the Coca-Cola bottle has become an undisputed icon that has remained the same for 100 years, but has managed to remain relevant to generations around the world.

Throughout its 100 years, the Contour bottle has rubbed shoulders with the likes of Marilyn Monroe, Elvis Presley and Ray Charles, become a muse to artists and designers such as Andy Warhol, Norman Rockwell and Dolce & Gabbana, made its way onto the silver screen in film classics such as Strictly Ballroom (1992) and The Coca-Cola Kid (1985), and sung with the legend that is John Farnham with his major hit Age of Reason featuring in the 1988 Coca-Cola TVC.

Coca-Cola Group Marketing Manager NZ, Delina Shields, says: “One hundred years ago, a design that would go on to be one of the most recognisable icons in the world was created. Today marks a great milestone in the Coca-Cola history as we celebrate the 100th anniversary of the Contour bottle. While the brand has changed and evolved over the years, this enduring design icon has remained at the centre of the brand’s visual identity. Here in New Zealand, we’re delighted to celebrate the actual 100th birthday of the Contour bottle and look forward to the next hundred years ahead.”

To learn more about the 100th birthday of the Coca-Cola contour bottle in New Zealand and around the world, visit www.coca-colacompany.com/cokebottle100.