New Zealand’s hotel sector wishes to recognise individual achievement and a focus on environmental issues and is calling for entries for the 2014 industry awards. 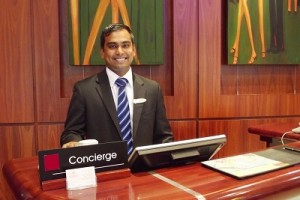 Entries are being sought for three categories –

The winners will be announced at the 2014 New Zealand Hotel Industry Conference dinner at the Pullman Auckland on 5 June. The conference is co-hosted by the Tourism Industry Association New Zealand (TIA) and Horwath HTL.

“The annual awards are the industry’s opportunity to recognise excellence and to give public recognition to the individuals and hotels that are committed to delivering an outstanding visitor experience.”

Horwath HTL Ltd Director Terry Ngan says the award entry process is very straightforward and individuals can either self-nominate or be nominated by colleagues or employers.

“As well as the positive publicity for the individuals and their hotel properties, each winner will receive a fantastic prize – an electronic product to the value of $1000 (including GST).”

Entry forms and criteria can be found on the 2014 New Zealand Hotel Industry Conference website – www.nzhotelconference.com