Tourism Industry Aotearoa is calling on the Government to reinvest some of the massive tax windfall it has received from the tourism boom to ensure the long-term sustainability of the industry.

The annual Tourism Satellite Account, the official measure of the value of the visitor economy, was released recently and shows the Government’s collection of GST from international visitors has increased to $1.1 billion, a 20.4 per cent increase on the previous year. 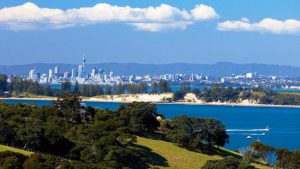 When GST paid by domestic travellers is included, the total GST take from annual tourism spending has risen to $2.8 billion.

TIA chief executive Chris Roberts says the figures debunk the myth that visitors are not paying their way.

“International visitors spent $14.5 billion in the year to March, with $1.15 billion of that going directly to the Government in GST. Those same visitors also generated other income for the Government, including the new border clearance levy, petrol tax, the income taxes paid by the 188,000 people directly employed in tourism, and the company taxes paid by the thousands of businesses servicing visitors. Our biggest tourism business, Air New Zealand, paid the Government $460m in taxes and dividends this year,” Roberts says.

“The Government does invest to attract visitors to New Zealand, through Tourism New Zealand. It also funds some of the facilities used by visitors, primarily through the Department of Conservation and the new $3m a year Tourism Facilities Fund.

“But no matter how you calculate it, the Government’s income from international visitors is many, many times greater than the costs incurred in attracting and looking after them.

“Nobody is making more money from the tourism boom than Bill English and Treasury.”

Roberts says the Government needs to reinvest some of its windfall profit to ensure ongoing success, “With tourism growth set to continue, the Government needs to play its part in providing the infrastructure to support that growth. The private sector is doing its bit, with hundreds of millions of dollars being spent on upgraded and new accommodation, attractions and activities.

“However, some regions with small populations, along with a few tourism hot-spots, face major challenges and capital constraints. They need more of a helping hand from Government.

“The Facilities Fund is only just scratching the surface. It could be significantly expanded to deliver real long-term benefits for the regions of New Zealand and this country’s overall economic prosperity.

“We need to invest now to ensure future success.” 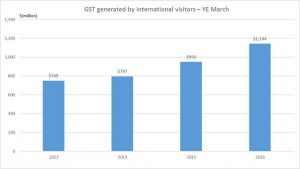