Nick Honeyman at the Sofitel

Nick Honeyman - now executive chef at Lava within the Auckland Sofitel Auckland on the Viaduct Harbour. 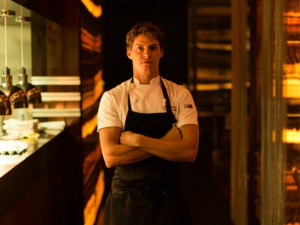 Nick Honeyman – executive chef at Lava Dining
within the Auckland Sofitel on the Viaduct Harbour.

Nick Honeyman is the new executive chef at Lava Dining, the restaurant within the Sofitel Auckland Viaduct Harbour.

Most recently, Honeyman was executive chef at The Commons in Takapuna. Prior to that, he worked in Australia, Japan and France before moving to New Zealand to take up a position at The French Café in Auckland.

Born in South Africa, Honeyman took off to Australia aged 18 to pursue his dream of being a chef.

After finishing chef school in 2002, he worked as a junior sous chef in Sydney’s French-Japanese restaurant Galileo before moving to Bordeaux in France, where he worked three summer seasons as head chef at Le Petit Leon.

Interspersed were stints at three Michelin-starred restaurants in Paris including – L’Astrance and L’Arpege, before he returned to Sydney as senior chef de partie at Becasse restaurant.