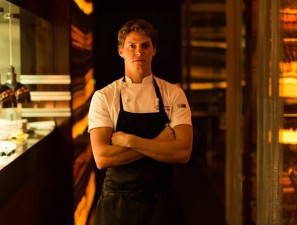 The annual Ōra King Awards return in 2016 for a fourth season – and chefs around the country and the world will be sharpening their knives to compete for one of five coveted titles.

While the ambassador awards are decided solely by Ōra King’s global team, chefs are required to enter the Best Dish awards online at OraKingsalmon.co.nz/Oras, with the final judging for Best Dish category handed over to industry experts.

During the entry period, diners in New Zealand can nominate their favourite Ōra King dish via social media. Public nominations can be made via Facebook, Twitter and Instagram by uploading an image of the Ōra King dish with the hashtag #ŌraKingAwards and including the name of the dish, the chef and the restaurant.

Members of the public who nominate a dish using the #OraKingAwards hashtag go in a draw to win a $400 dining experience, courtesy of Ōra King salmon.

NZ King Salmon GM Marketing Jemma McCowan says Ōra King is delighted to be able to expand the awards in 2016. “In just four years we have seen the awards grow tremendously in popularity to become one of the favourites on the professional chef’s annual calendar. This is reflected in the expansion into country-specific awards for Australia and the USA”.

She adds chefs enjoy the challenge of creating innovative Ōra King dishes. “It’s a competition for the best chefs to create the best Ōra King dishes and an opportunity to showcase their creativity, craftsmanship and expertise.”

Entries are open until 31 July. Judging commences on 1 August. Chefs are required to complete a simple online entry form, which captures information about the dish, such as the inspiration behind it and techniques used, and supplying an accompanying image. The information provided by the chef at this stage is used for initial judging to determine the semi-finalists.

Ms King Shahab says she is delighted to return for a second year to judge the awards. “In just three years the Ōra King Awards have claimed their place at the pinnacle of challenges for professional chefs, and each year, the standard has simply been superb.

“I am confident 2016 will be no different and am very much looking forward to being part of a competition that highlights the versatility and quality of the amazing product that is Ōra King salmon,” Ms King Shahab says.