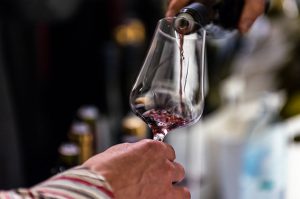 With just 60 days until Pinot Noir NZ 2017, an all-star line-up of Kiwi chefs has been announced to put food on the table alongside world class New Zealand wines.

Al Brown – the restaurateur behind Auckland eateries Depot and Federal Delicatessen, as well as the Montreal-style bagel factories Best Ugly Bagels, is guest chef on day one.

Graham Brown, guest chef for day two, is a huge food talent and one of the country’s top culinary ambassadors, having cooked for royalty and celebrities across the globe.

Guest chef on day three, Josh Emett, worked for Gordon Ramsay for more than 10 years, and has judged Masterchef New Zealand since its start in 2011. He has a number of restaurants around the country; Rātā in Queenstown, Ostro in Britomart, Auckland, and Madam Woo in Queenstown and Hamilton.

“An important part of this Pinot celebration has always been what happens after 5pm,” says Pinot Noir NZ Chair Ben Glover. “We’re really excited to be bringing some of New Zealand’s culinary innovators to our table, to deliver the gastronomic spark for Pinot Noir 2017. It’s a wonderful opportunity to showcase the very best in New Zealand wine and food to our guests from around the world.”

The event, which takes over the Wellington waterfront from 31st January to 2nd February next year has fast become one of the best Pinot Noir events on the planet.

Registrations for Pinot Noir NZ 2017 have been unprecedented, with tickets nearly sold out. They can be booked via the website www.pinotnz.co.nz