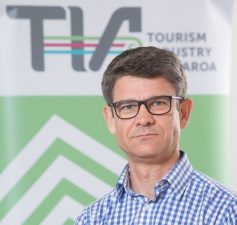 Auckland Council’s proposed $28 million targeted rate on commercial accommodation would have massive unintended consequences for the city and must be dropped, Tourism Industry Aotearoa says.

TIA has made a comprehensive submission to the council, saying the proposed rate unfairly targets just one sector that makes up less than 10 percent  of Auckland’s visitor economy.

“The facts are very clear and these have been presented to the council,” says TIA Chief Executive Chris Roberts. “This targeted rate would be a disaster for Auckland and must be withdrawn.”

Visitors to Auckland spend $7.5 billion a year across a diverse range of services, including retail, hospitality, transport and activities. The commercial accommodation sector receives only nine percent of that spend but is being asked to pay 100 percent of the targeted rate.

“The commercial accommodation sector is willing to pay its fair share. We want to work with the council to find an equitable and sustainable way for the sector to make an appropriate contribution to visitor promotion activities provided through the council’s economic development agency, ATEED,” Mr Roberts says.

“All Aucklanders benefit directly or indirectly from the economic value visitors bring to the city. They also get a social return. Many of the events supported by ATEED are mainly enjoyed by locals. These include the Lantern Festival, Pasifika, Diwali, the Waka Festival, Santa Parade and Pride Parade, which contribute to the social fabric of the city but result in very little increase in demand for commercial accommodation.

“The new rate is not a bed tax or visitor levy. It is a massive rate increase based on capital value to be paid by the building owner, irrespective of the number of guests in each property.

“The Council continues to insist that the rate can easily be recovered by accommodation providers adding $6 to $10 to the daily bill. This is quite simply wrong. The complexity of the ownership arrangements in the commercial accommodation sector has been ignored. These include property developers, building owners, hotel management contracts and franchise arrangements. Often the party paying the rates bill is one or two stages removed from the provider of the guest services.“The building owners include hundreds of ‘mum and dad’ investors, who have invested in strata title properties. Contractual arrangements mean they must pay any rate increase and cannot pass it on to the accommodation operator,” Mr Roberts says.

“In heaping $27.8 million a year in additional charges on commercial accommodation providers, the council is also failing to recognise the wider contribution this sector makes to Auckland through employment, sponsorship, community support and marketing.”

“We urge the council and all councillors to carefully consider the facts provided in  the submissions made to them. If they do that the the targeted rate has to be rejected.”