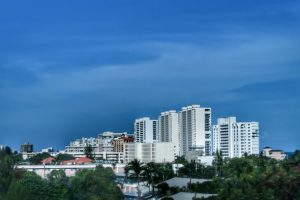 The third year of Taste of Waldorf Astoria, a global culinary programme in partnership with the James Beard Foundation (JBF), is well underway with just two more challengers to produce their  programmes. The search for the next iconic culinary masterpiece continues with a new challenge and five hand-selected JBF Rising Star Semi-Finalist chefs are collaborating with select Waldorf Astoria destinations around the globe.

This year’s programme features a specific challenge – to transform happy hour into the “Fifth Hour,” a contemporary update to the time-honoured ritual using innovative themes that mirror the sophisticated and modern style of each property. To expand bar offerings beyond traditional drinks and appetizers, each chef pair is challenged to create two small bites that pair perfectly with an original cocktail and mocktail. To create a truly unforgettable food and beverage experience, the overall presentation from plate to palate will be a key component of the judging criteria.

“After two successful years of Taste of Waldorf Astoria, we are thrilled to add a new element to the competition by challenging chefs to not only create an iconic dish, but to reinvent the cocktail hour,” says John T. A. Vanderslice, Global Head, Waldorf Astoria Hotels & Resorts. “We are confident that the collaboration between our Executive Chefs and the James Beard Foundation Rising Star Chef Semi-finalists will create bold and modern new bar and bites pairings, offering a new food and beverage experience to our guests.”

Taste of Waldorf Astoria five chef experiences  have been and will be held at the following properties:

JBF Rising Star Semi-Finalist Chef: Sara Hauman, former Head Chef at Huxley (San Francisco, CA). Until recently, Chef Sara Hauman was the head chef of Huxley, earning numerous accolades including a three-star review from the San Francisco Chronicle, Eater Young Guns 2016 and Zagat “30 Under 30,” among others. She is currently working on opening a new restaurant where she will be a chef and partner, slated to open in San Francisco in June 2017.

JBF Rising Star Semi-Finalist Chef: Alex Bois, formerly Head Baker & Fermentation Expert at High Street on Market (Philadelphia, PA) and High Street on Hudson (New York, NY)
A baker with a degree in biochemistry, Alex Bois’ funky breads have helped earn High Street widespread acclaim, and have made him a two-time finalist for the James Beard Rising Star Chef award, among other accolades. After three years with High Street Hospitality Group and the opening of several restaurants, Alex recently moved on to pursue his goal of opening his own bakery.

JBF Rising Star Semi-Finalist Chef: Bradley Kilgore, Executive Chef of Alter (Miami, FL)
Recently named Food& Wine’s “Best New Chef,” Chef Kilgore is a well-recognized Miami-based chef with more than 10 years of experience working at fine dining restaurants, including Chicago’s L2O, Alinea and Boka. In Miami, he worked at Azul and most recently was the executive chef at the J&G Grill, Jean-Georges Vongerichten restaurant in Bal Harbour. Since opening Alter in 2015, the restaurant has received numerous accolades including four stars from the Miami Herald, Eater’s Restaurant of the Year and a semifinalist in the James Beard Foundation’s Best New Restaurant award category.

“In the spirit of James Beard, a champion of American cuisine, we are delighted to once again partner with Waldorf Astoria Hotels & Resorts, an iconic brand that has made numerous notable contributions to America’s culinary heritage,” says Susan Ungaro, president, James Beard Foundation, “We are looking forward to giving our Rising Star Chefs semifinalists a global perspective, collaborating with Waldorf Astoria’s Executive Chefs worldwide to create a new definition of the cocktail hour experience.”

The JBF chefs will visit their selected property for several days, spending time with the Waldorf Astoria Executive Chef inside and outside the kitchen, visiting local markets and producers, restaurants or off-the-beaten-path locations for inspiration.

Each participating chef pair will demonstrate their “Fifth Hour: Bar + Bites” combinations in New York in February 2017 for a panel of culinary luminaries who will ultimately decide the winning pairing. Following the event, the final Taste of Waldorf Astoriapairing will launch alongside new “Fifth Hour” programming at each of the brand’s 26 hotels and resorts worldwide, introducing an unexpected new happy hour experience to today’s luxury travelers.