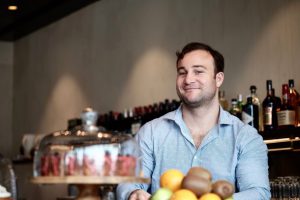 The head of one of New Zealand’s hospitality dynasties, The Wiley Boys, and one of the more outspoken restaurateurs on the challenges in the sector, Dennis Wiley has along with his team just opened a second high profile venue – Kindred – in Auckland’s Wynyard Quarter.

Adjacent to the newly-opened ASB Waterfront Theatre, and with Miss Clawdy – The Wiley Boys’ first venture – opened in 2013 just a few doors down Jellicoe Street, settling in for Kindred should be a breeze.

It was the heady mix of a great location, a supportive team and exciting design elements with the new venue that inspired The Wileys to jump into another hospitality project. Although they’ve seemingly got all their seagulls in a row, they’ve still had some nervous moments. “It’s still risky,” Dennis says. Even with the new 660 seater theatre just next door, this veteran hospitality operator isn’t taking anything for granted. 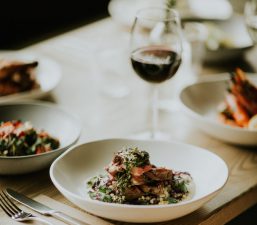 It’s still a good sign for the industry; that rather than shy away from issues such as staffing; the group (comprising Dennis, sons Tom and Jeff and for this venture, respectively wife and mother Belinda), have embraced the next phase of their joint careers and are excited about their latest hospitality concept – one that’s based on generosity, authenticity and collaboration.

Joining Kindred as creative director, Belinda’s no stranger hospitality. She supported Dennis when he opened his first trail-blazing restaurant, Shorebird, in Wellington in 1982. Ever since she’s been a sounding board in the development of the eight restaurants and cafés that followed.

In developing the Kindred concept, it made sense that the team pick a signature which echoes sentiments of shared values and allies, and shows a connectedness to food and people, in an all-day, modern creative dining space. 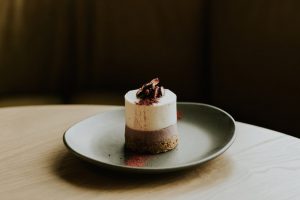 The seasonal menu offers a considered variety of globally-inspired flavours and refreshing twists on old classics.  Since day one, the main criteria for the food has always been, “things we love to eat,” says Jeff. “The whole concept behind Kindred is about working as a family to create what we love and share it with others – it’s been exciting to see our thoughts come together as a cohesive offering.” The cocktail list is inviting too, with each libation made from delicious combinations of feel-good ingredients.

Relaxed with an elegant touch, the bistro’s architecture and interior is the work of Ctrl Space, with the walls a platform for local talent and likeminded souls. Belinda’s brief for the venue’s ambience was simply, wanting Kindred like an extension of their homes, “a cosy shelter surrounded by art and beautiful objects that we love.”