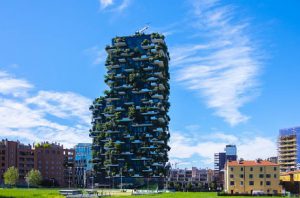 Limited Service Hotels are stepping up their game. Last year, we noted that full service properties are not always “greener” than limited service, which has often been the misconception. Yes, full service hotels generally have more resources and can do more around sustainability. However, we found in the responses that limited service hotels are continually improving in the areas of sustainability, going toe to toe with full service properties and in some cases even beating them in adoption rate.

Food & Beverage is going local. While this practice enhances guest experience with guests’ growing interest in local foods, it also supports the local community and reduces environmental impact (due to shorter distances to transport goods). Sixty-eight percent of hotels globally responded that they spend at least 50 percent of their food and beverage spend from local sources

Hotels are gearing up for team efforts. Similar to last year, 68 percent of respondents globally indicated that they have a green team in place at their properties. The Americas and Asia Pacific had 66 percent and 68 percent respectively. While the uptake of this practice stayed the same, Green Teams having a budget for implementing green initiatives gained about 10 percent increase in uptake from last year at 52 percent.

Guests are giving feedback, and it is valued. Hoteliers take guest feedback quite seriously as they stand for hospitality. When it comes to guests’ feedback on sustainability at the property, hoteliers are also listening to their guests and doing something about it. This year, 31 percent indicated that guest comments led to a change on-site related to sustainability. Both Asia Pacific and EMEA had higher percentage of hotels that took guest comments to make sustainability related change, 47 percent and 37 percent respectively, compared with 26 percent for the Americas.

Guests are more interested in their ability to make an impact. Participants reporting that overnight guests asking about carbon offsetting during their stays increased drastically from last year’s uptake of 28 percent to nearly 50 percent this year. This demonstrates that guests are taking a big interest in making a difference at their stays. Climate Change is increasing as a driver of investment and operational improvements. When asked “to what degree does climate change drive you to make operational improvements and investments?”, the percentage of hotels that said “yes, it does have impact” were almost identical to last year’s 84 percent. What’s notable is that, of the hotels that said yes, more of them shifted to “having significant impact” over “having some impact this year. Almost 40 percent of hotels globally responded that it has significant impact. This was an increase from last year’s 28 percent.

More hotels gearing up for certification. Sometimes, you can gain a lot of insight by asking whether the hotels “plan on” implementing a certain practice as opposed to just asking whether they have it or not today. When asked, “Is your property third-party labeled or certified for its sustainability initiatives?”, 10 percent of the hotels indicated that they plan on doing so in the next 12 months. By service type, 18 percent of limited service properties indicated that they plan to do so, eight percent higher than full service properties. This is another indication of limited service segment stepping up in sustainability.