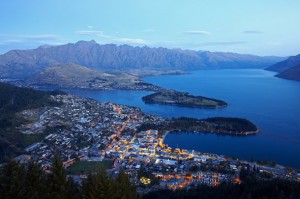 Statistics New Zealand’s Commercial Accommodation Monitor (CAM) figures released this week showed that Queenstown has recorded its highest ever guest nights for a 12 month period. For the year end June 2014 total Queenstown guest nights were up 9.8 percent over the previous year to 2,908,025.

Looking at results for the autumn quarter of April – June 2014, Queenstown had a total of 596,068 guest nights, an increase of 13.4 percent over the same period last year.

Destination Queenstown CEO Graham Budd said the growth in June was a pleasing way to kick off winter and it was very satisfying to set a new record for year end guest nights.

“We have enjoyed record months and rates of growth over the last couple of years and our targeting of June as one of our quieter months is clearly paying off. I expect to continue on our growth path in the year ahead and we have many initiatives in the plan to help achieve this,” said Mr Budd.

The June 2014 Commercial Accommodation Monitor report for Queenstown is available on the Destination Queenstown website: http://www.queenstownnz.co.nz/Media/Statistics2_md/.